Sometimes the straight truth doesn’t cut it. Sometimes you need to persuade someone of something with limited factual support. But brazen lies would undermine your integrity.

Thankfully, rhetoric answers these challenges, should one disentangle the Latin and Greek terminology obscuring its brilliance. Here we look at a particularly inaccessible term with huge, and dangerous, potential: Post Hoc, Ergo Propter Hoc.

Transliterating as after this, therefore because of this, Post Hoc, Ergo Propter Hoc is about implying causality. It’s a complicated name for a simple concept: if you place one statement next to another, your audience naturally assumes a direct link between the two. Each statement is true, but the causality is rhetorically generated.

How does this aid our persuasion problem? It allows you to use true statements to make your audience see absolute causal links that aren’t really there. “Absolute” is the operative term here. Post Hoc, Ergo Propter Hoc can advocate for small actions supporting bigger pictures by rhetorically suggesting exclusive causality in place of partial causality. Causality is the cornerstone of persuasion, even when illusionary.

As a marketing professional, I use this technique all the time. Showing how parts contribute to wholes is more convincing than isolated analysis of the part. Copywriting, award entries, presentations, negotiations and funding pitches all benefit from flexible interpretations of cause and effect. Morality gets a little fuzzy in these waters, but here we’re highlighting otherwise obscure merits for PR purposes without verging into murkier realms of outright deceit. 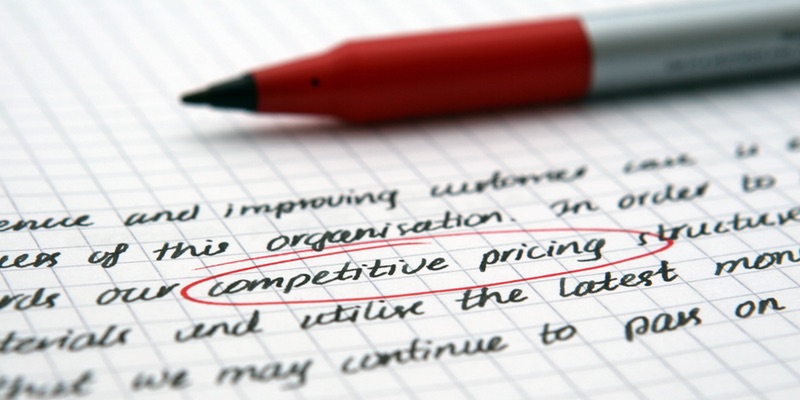 Rhetorical technology of this type functions like cognitive espionage.

Superficially, this claims that our videos caused cascading successes across multiple marketing channels – but it doesn’t. Everything in that statement is true: each instance of growth is factually accurate, and everything occurred in the period following the first video release. But it wasn’t exclusively down to our videos. Multiple marketing campaigns were in play, and the videos were just one of them. Post Hoc, Ergo Propter Hoc uses temporal correlation to suggest absolute causality through intimate proximity, amplifying the project’s perceived value. We were outnumbered and outgunned – but we won the award.

Rhetorical technology of this type functions like cognitive espionage. Causality becomes disembodied, emerging through the reading process as opposed to declarations. Your audience believes the causality is stated explicitly, but in reality you’ve moved them to invent it themselves through strategic discourse. No factual deception is required: just place two statements in succession and let the human brain do the rest.

Always remember that the absolute causality suggested by Post Hoc, Ergo Propter Hoc is a fabrication, hence its nickname: the Post Hoc Fallacy. Geoffrey Hill once wrote “the world and the word are equipoised”, and this is a fitting mantra for Post Hoc, Ergo Propter Hoc. Constructed causality can carry away its creator, forgetting its purely rhetorical existence. Even when using this technique to procure external favour, internal focus must draw on honest appraisal. Progress requires critique and critique necessitates detail-oriented analysis, not rhetorical machinery. 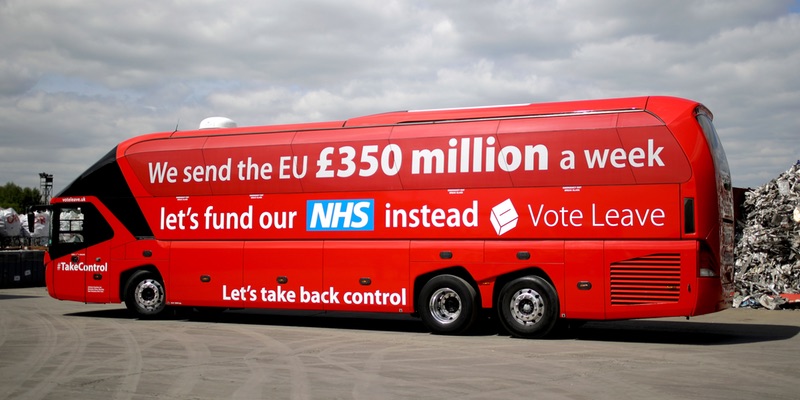 In a way the pledge never existed. It germinated inside us through the Post Hoc Fallacy

Many people saw this bus and believed the Leave campaign were promising to reallocate the £350 million weekly EU spend to the NHS. But that’s not the message on the bus. The first statement was (sort of) true: EU membership does incur costs. Calculations of £350 million, and the notion of “saving” that money, were highly questionable, but money was being spent. The second statement was also true: in Britain’s political climate, removing NHS funding would be suicidal, so funding was inevitable.

Using the Post Hoc Fallacy, the bus capitalises on NHS funding concerns to suggest the Leave campaign would solve the healthcare crisis. “Instead” is the devil in this detail, implying a £350 million saving equates to £350 million funding for the NHS when in fact no such promise is made. When the Leave campaign won the referendum and had to own its rhetoric, the pledge quickly fell to pieces, but in a way the pledge never existed. It germinated inside us through the Post Hoc Fallacy.

It’s worth noting that the Leave campaign also espoused explicit messages promising £350 million to the NHS. These statements didn’t employ tactical rhetoric. These were just lies.

Dinosaurs and Coffeepots is a miscellany of musings on words, writing and rhetoric. No jargon, no pomposity, and a surprising lack of sauropods and caffeine.